There are times when I don’t have rainbows shooting out of my ass. Here’s a story about one of those times:

My heart sank down past my gut into my root chakra until it quickly plummeted to the ground at full speed smashing into a million pieces of biodegradable glitter.

These feelings of dread were brought on because the Huffington Post, where I’ve chosen to publish a lot of my favorite interviews and articles, decided to shut the platform down. Over 200 thousand people have seen and/or shared the work I’ve published there.

Publishing with the HuffPost, instead of pursuing other paid writing gigs, was what I did because I suffer from something called Impostor Syndrome. I just learned that was a thing from my friend Lisa just a day ago. 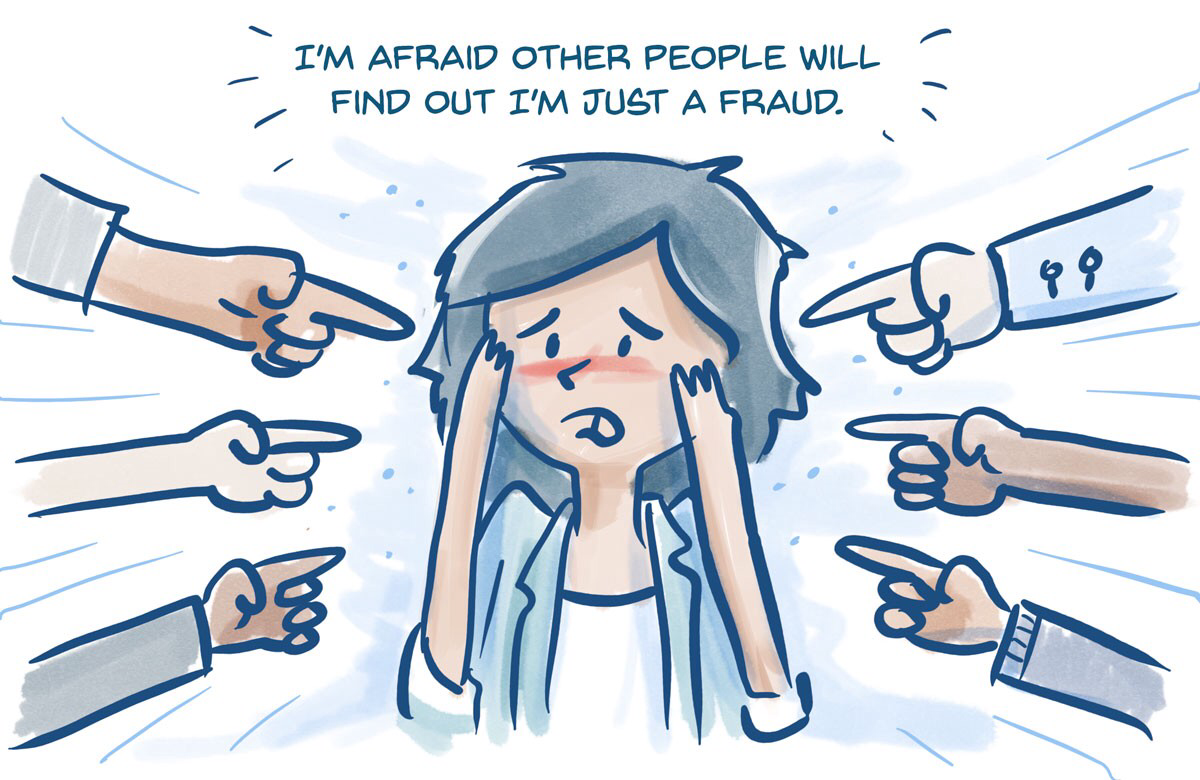 Impostor Syndrome is a concept describing individuals who are marked by an inability to internalize their accomplishments and a persistent fear of being exposed as a “fraud”. Despite external evidence of their competence, those exhibiting the syndrome remain convinced that they are frauds and do not deserve the success they have achieved. Proof of success is dismissed as luck, timing, or as a result of deceiving others into thinking they are more intelligent and competent than they believe themselves to be.

Holy guacamole! I do that all the time. When the amazing people at Zappos flewme out to the Life is Beautiful Festival to write a piece, one of their employees said to me, “It’s a really big deal you’re here.”

After that conversation, I went back to my hotel room to change for a Facebook Live interview I was conducting and I freaked the f*ck out. Holding a sequined leotard and feather headband in my hands, I exclaimed to my husband, “All my clothes are SO boring! I have nothing to wear.” And then I cried.

It wasn’t about the clothes. It was about the fact that I thought they made a mistake and picked the wrong person. I felt like I was an impostor. Feeling all the things, I went and did the interview anyway.

The interview was with artist, Miguel Hernandez and he cried during the interview because I was the first journalist to truly understand him. In that moment, I realized that was why Zappos picked me and I was no impostor. When I returned home, I wrote two articles and they were shared over 20 thousand times. FYI, the HuffPost doesn’t help you in any way to get your articles out there. It’s all on you.

I don’t need the Huffington Post to be taken seriously as a writer like I thought I did. Shutting down their contributor platform is the push I know I need to pursue other paid opportunities, because gosh darn it, I’m a freakin writer. Hundreds of thousands of people have already read my words. And I wrote a book. And it’s freakin good!

If you catch me acting like I think I’m being an impostor, you have permission to kick my sparkly ass all the way to East Jabib (According to the Urban Dictionary, East Jabib is the location in the middle of the George Washington Bridge between two signs that say New York and New Jersey. Apparently, there is a gap which has been referred to as East Jabib since the 1960’s)

Thank you for reading. I love you. If you relate to this at all, feel you may have impostor syndrome or want to share some words of wisdom with me on the subject please leave me a comment below.